A downloadable game for Windows, macOS, and Linux

Within the dusty corners of a witch's hut, a small butterfly looking for food stumbles upon an equally hungry spider. But, perhaps, their encounter will satisfy more than merely their appetites!

A Small Encounter is a short visual novel created for the 2017 Yaoi Jam, within the span of 4 weeks. This game is complete and includes two endings with some 18+ content.

It's approximately 1 hour long, with a word count of over 9,000! Easy to complete in one sitting. 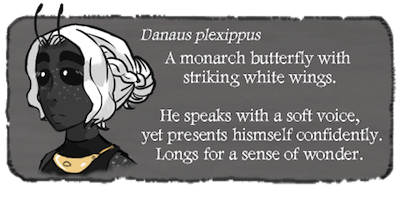 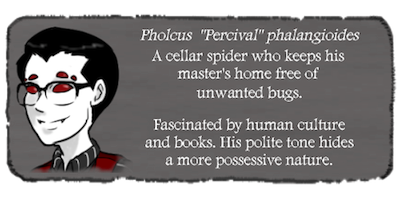 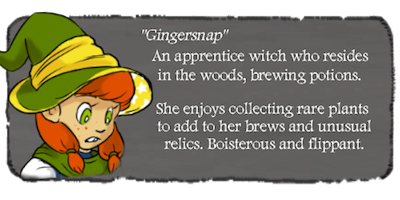 In order to help you enjoy your reading experience more:

Currently, the game includes "free to download" style music and may eventually be upgraded to include an original soundtrack.

The interactions between Percival and Danaus with their basically opposite nature is exquisite, but also touching the sinister side of Percival with great elucidation to their intertwined fate. So, it's not to surprising that the endings are so contrast to each other (but my gosh.... that "sad" one is depressing :'(  ). The art style is also complementing the tone of this shortl encouter.

Hope for your further work ^^

So many nice games in this yaoi jam! This one made me so happy! Maybe it's because I have written a yaoi romance between a spider and a fly some years ago, but it didn't end so well, so I dunno... I guess the ending I got here made me even happier because of that! Yeah, seems a bit stupid, but oh well XD

Anyway, the characters were quite interesting overall, and I liked their mostly greyscale designs - very fitting for the concept.

As you may have guessed with what I said a moment ago, I got only one of the endings. Well, I could have tried to get both, but I'm very satisfied with the one I got, and when I'm SO happy with an ending, I know getting another one would only tarnish the experience, so yeah, maybe later, I'll see about that.

I really like predator-prey romances that are not entirely based on shock and/or domination. Unfortunately that's often the case, and it's nice to see another approach - though I guess it depends of your choices to a certain degree, but anyway.

The art style itself is not really my cup of tea (even though, as mentionned before, I like the designs), but it didn't bother me either, so no problem here. On the other hand, I really liked the musical choices. I know it's free music and may be replaced at some point, but if you do, I think keeping the same mood / style would be a good idea.

Also, I rarely comment on that, but very interesting mature scene haha - I guess it's because of the characters' unique anatomy, but it was I nice touch!

Thanks so much for taking the time to give me that nice review! :D It sounds like you got exactly what you wanted out of the game, so the second ending really isn't essential as it's more for people who are interested in seeing those types of dynamics go sour. I was pretty happy with the soundtrack I found, and if I do get someone to compose for the game I'll keep the style similar!

Figured so, about the other ending - so yeah, definitely I'll stick with the one I got - but it's nice to know for sure, thanks! 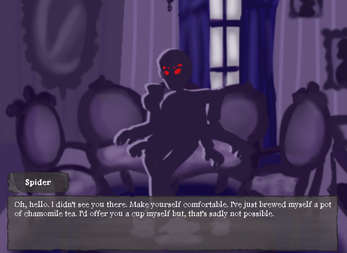 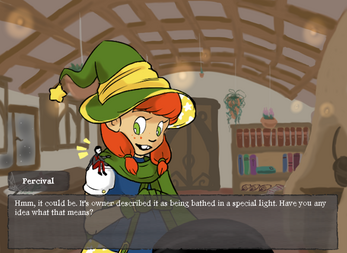 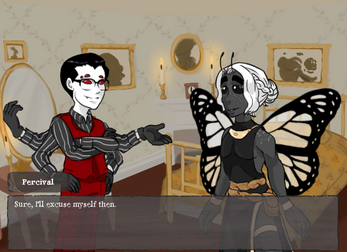